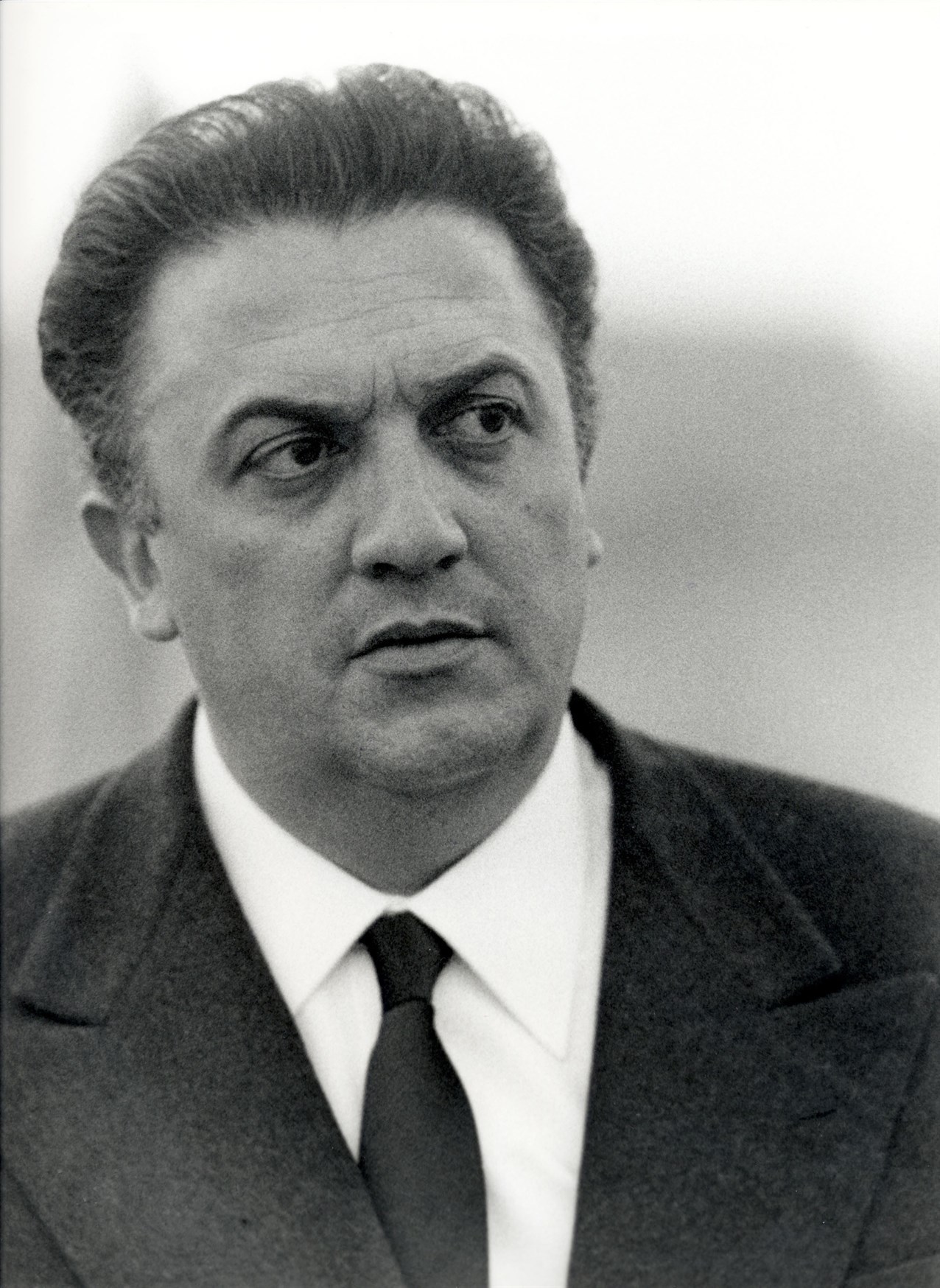 ☼ Born on20 January 1920, in Rimini, Emilia-Romagna, Italy
† Died on31 October 1993, in Rome, Lazio, Italy, cause heart attack
Biography The women who both attracted and frightened him and an Italy dominated in his youth by Mussolini and Pope Pius XII - inspired the dreams that Fellini started recording in notebooks in the 1960s. Life and  (click to expand) dreams were raw material for his films. His native Rimini and characters like Saraghina (the devil herself said the priests who ran his school) - and the Gambettola farmhouse of his paternal grandmother would be remembered in several films. His traveling salesman father Urbano Fellini showed up in La Dolce Vita (1960) and 8½ (1963). His mother Ida Barbiani was from Rome and accompanied him there in 1939. He enrolled in the University of Rome. Intrigued by the image of reporters in American films, he tried out the real life role of journalist and caught the attention of several editors with his caricatures and cartoons and then started submitting articles. Several articles were recycled into a radio series about newlyweds "Cico and Pallina". Pallina was played by acting student Giulietta Masina, who became his real life wife from October 30, 1943, until his death half a century later. The young Fellini loved vaudeville and was befriended in 1940 by leading comedian Aldo Fabrizi. Roberto Rossellini wanted Fabrizi to play Don Pietro in Rome, Open City (1945) and made the contact through Fellini. Fellini worked on that film's script and is on the credits for Rosselini's Paisan (1946). On that film he wandered into the editing room, started observing how Italian films were made (a lot like the old silent films with an emphasis on visual effects, dialogue dubbed in later). Fellini in his mid-20s had found his life's work.