Then he studied painting and graphism in the Academy of arts in Hamburg where he also sta  (click to expand) rted experimenting with video and photography. Those experimental movies attracted the attention of some producers of the German TV.

Hirschbiegel became popular thanks to his tv movies (especially dramas and thrillers). In 2001 he shot his first movie for cinema: "Das Experiment" that won several awards in many festivals all around the world. That movie is an intense investigation of the aggressive behaviour in a simulated prison environment.

His second movie, "Mein letzter Film", released in 2002, is a 90 minutes' monologue about a woman in her fifties who wants to re-start his life.

In 2004 "Downfall" was released, his third movie, and till now his greatest success. "Downfall" is about the last 12 days of life of Adolf Hitler narrated out of the sight of her young secretary, Traudl Junge. That movie has stirred up much controversy because it portrays Hitler and the Nazis as human beings and not just as evil.

Hirschbiegel has demonstrated in all his movies to be an specialist of dramas set in claustrophobic environments. 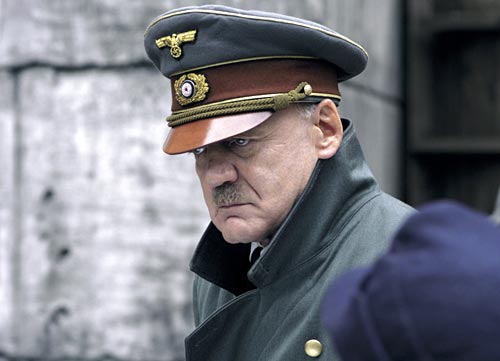