In 1962, Judge was born in Guayaquil, the largest city of Ecuador and the country's main port.  (click to expand) His parents were expatriate Americans. His father was archaeologist William James Judge and his mother was librarian Margaret Yvonne Blue. At the time of Mike's birth, William Judge was working for a non-profit organization which promoted agricultural development in Ecuador.

Around 1969, the Judge family returned to the United States, and settled in Albuquerque, New Mexico. Mike spend most of his school years in Albuquerque. He received his secondary education at St. Pius X High School, a private, Roman Catholic high school located in Albuquerque. The school was named after Pope Pius X (1835-1914, term 1903-1914), who is venerated as a saint,

Following his graduation from high school, Judge enrolled at the University of California, San Diego (UCSD). The UCSD is a public land-grant research university, located in San Diego, California. Judge was interested in a science career, and followed science studies. In 1985, Judge graduated with a Bachelor of Science in physics. From 1985 to 1987, Judge held various jobs relating to either physics or mechanical engineering. He was dissatisfied with his work life, because he found that these jobs were boring.

In 1987, Judge was hired by Parallax Graphics, a startup video card company. Its headquarters were located in Santa Clara, California. Santa Clara is located at the center of Silicon Valley, and houses the headquarters of several high-tech companies. Parallax only had about 40 employees. Judge quit following only 3 months of work, because he disliked the company's corporate culture and his co-workers. In later interviews, Judge claimed that his co-workers reminded him of the Stepford Wives. His negative experiences contributed to his unflattering portrayal of Silicon Valley in his television career.

Judge next attempted to start a new career as a musician, serving as bass player in a blues band. For a couple of years, Judge was part of a music group headed by blues guitarist Anson Funderburgh (1954-). In the early 1990s, Judge worked alongside singer and drummer Doyle Bramhall (1949-2011). Bramhall was a well-known figure in the Texas music scene. During his musical career, Judge was taking graduate math classes at the University of Texas at Dallas.

In 1989, Judge was shown animation cels on display, and became fascinated with animation. Judge purchased a Bolex 16 mm film camera, and started working on his own animated short films. The amateur animator worked from his home at the time, located in Richardson, Texas. His short films were initially on display in local animation festivals.

In 1991, Judge developed "Milton", a series of short films satirizing the typical life of office workers. Judge voiced all the characters. The films were acquired by Comedy Central, and showcased Judge's talents to a wider audience. In 1992, Judge created the animated short "Frog Baseball", depicting two cruel and stupid teenagers. The short film was featured in the television series "Liquid Television" (1991-1995), which showcased works by independent animators. The network MTV was sufficiently impressed with the short film to order an animated television series featuring its main characters.

Judge's first work as a television producer was the animated series "Beavis and Butt-Head" (1993-1997), a satirical, scathing commentary on modern society. Besides producing the series, Judge voiced the two protagonists. He also wrote and directed most of its episodes. The series was considered quite controversial in its own era, but was commercially successful. In its initial incarnation, it lasted for 7 seasons, and 200 episodes. Judge gave permission for the use of supporting character Daria Morgendorffer in the spin-off series "Daria" (1997-2002), which was also successful. Judge was otherwise not involved in the production of the spin-off.

In 1997, Judge directed the animated feature film "Beavis and Butt-Head Do America". It featured the protagonists in a road trip across the United States. It earned about 63 million dollars in the North American box office, and was critically well-received as a satire of youth culture.

Judge's next television series was the animated sitcom "King of the Hill" (1997-2010), which was broadcast by the Fox Broadcasting Company. For this series, Judge's partner and co-creator was the experienced comedy writer Greg Daniels (1963-). Daniels was previously a screenwriter on the popular animated sitcom "The Simpsons". Daniels had written several episodes in seasons 5 to 7 (1993-1996), and some of them were considered among the highlights of the series. For "King of the Hill", the duo of creators decided to maintain a relatively realistic depiction of modern life. Much of the humor derived from depicting the frustrations and absurdities of an otherwise mundane existence. "King of the Hill" was both a critical and commercial hit, and commercial hit. It lasted for 13 seasons and 259 episodes.

In the late 1990s, Judge wrote and directed the live-action film "Office Space" (1999). It was loosely based in his own "Milton" series of animated short films,, but featured additional characters. The film under-performed at the box office, only earning about 12 million dollars from its worldwide release. However the film sold surprisingly well in the home video market, and became a cult hit.

In 2003, Judge and fellow animator Don Hertzfeldt (1976-) co-founded the annual film festival "The Animation Show". It showcased animated short films from various eras, with its initial goal being to cover "everything from forgotten classics to the very latest in computer animation". In its first year, the touring festival visited over 200 movie theaters in North America.

Judge's third feature film was the dystopian science fiction comedy "Idiocracy" (2006). It depicted a soldier from the early 21st century who spends 500 years in suspended animation. He awakes in the 26th century, in a future world which has fully embraced anti-intellectualism. The film never received a wide theatrical release, and only earned 495,000 dollars at the box office. However it sold very well in the home video market, and became a cult film.

In 2008, Fox decided to cancel "King of the Hill" despite the series' decent ratings. At the time it was the 105th most watched series on American television. The final group of episodes were broadcast over the following 2 years.

In 2009, Judge directed his fourth (and so far last) feature film. It was the live-action comedy film "Extract". It features a successful flavoring-extracts company who has to deal with a lawsuit by an injured employee, with the schemes of a female con-artist, and with the sexual frustration and impaired judgment of its owners. The film earned about 11 million dollars at the box office, and was critically well-received.

In 2009, Judge developed his third television series, the animated comedy "The Goode Family" (2009) for ABC. Compared to "King of the Hill", this series contained more political satire. The series failed to find an audience, and some critics considered that its humor more properly belonged in the 1990s than the 2000s. It only lasted 1 series and 13 episodes, canceled by ABC due to its low ratings. It was the first series created by Judge to be considered a failure.

In 2011, "Beavis and Butt-Head" was revived for another season, with Judge as a producer and an updated setting. The 8th season only lasted for 2 months (October 27-December 29, 2011) and 2011. The opening audience attracted an audience of 3,3 million viewers. Ratings fell during the season, and the final episode only had 900,000 viewers. MTV decided not to order a 9th season.

Judge next developed his fourth television series, the live-action comedy "Silicon Valley" (2014-2019). The original premise was to focus on the competitive business environment of the Silicon Valley. Following the first season's success, "Silicon Valley" continued in the long-term. The series lasted for 6 seasons and 53 episodes. The series received critical acclaim for its "hilarious" take on the business world and modern technology, and was nominated for several awards. Conversely, a number of critics felt that a number of its characters were stereotypical nerds, and lacked proper character development.

While "Silicon Valley" was still ongoing, Judge developed his fifth television series. It was the animated documentary series "Mike Judge Presents: Tales from the Tour Bus" (2017-2018), which focused on the oral history of professional musicians and their associated musical genres. It presented anecdotes concerning the featured musicians, "as told by their families, band-mates, and close associates". The series lasted 2 seasons and 16 episodes .The series was critically acclaimed, but never attracted a large audience.

In 2021, Judge was 58-years-old. He has never fully retired, though he has yet to make a television comeback. His professional career in television has lasted 30 years so far, and he has gained a reputation for innovative series concepts. 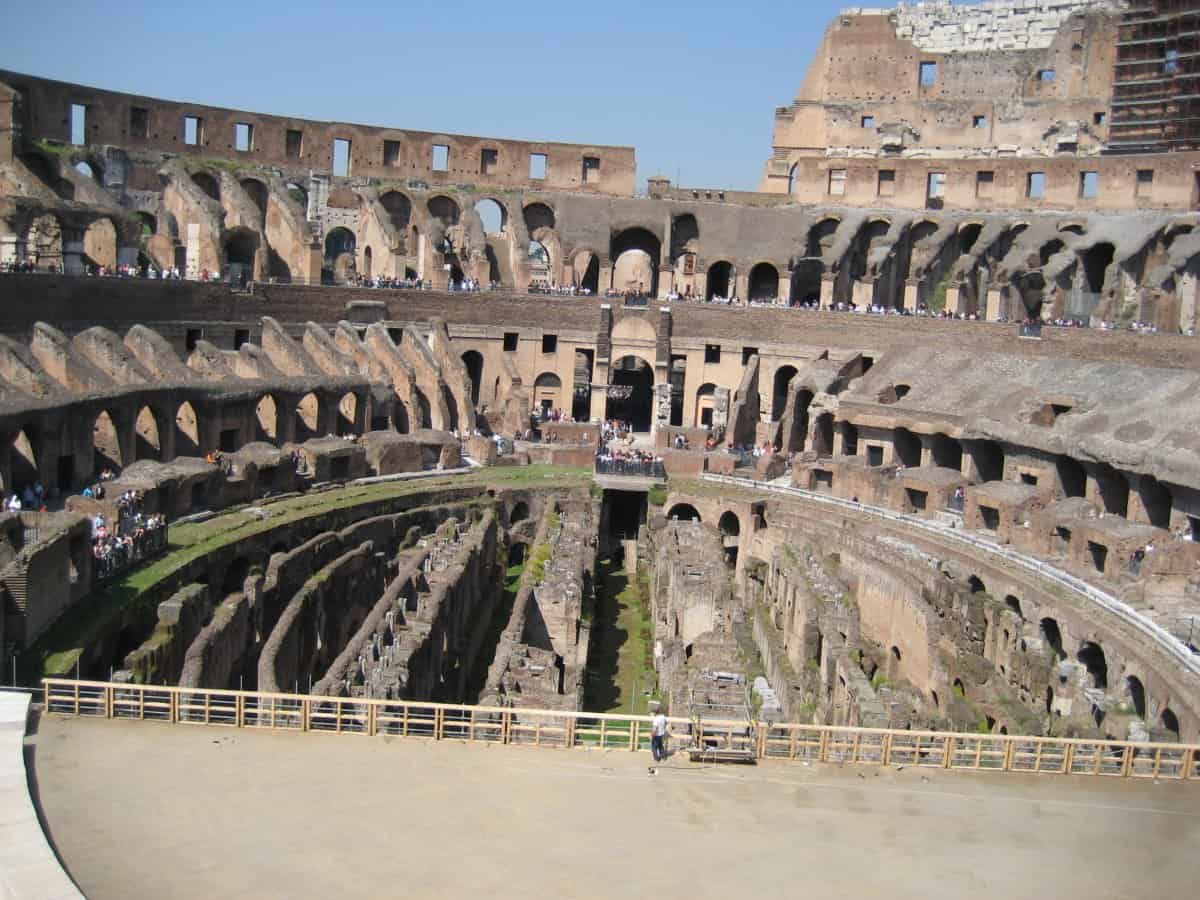