One might think that to get closer to the heavens, the mountain peaks would be our best stairs, that their erect phalanges holding the clouds in their course would offer mountaineers a unique spectacle of the union of the top and the bottom, between Ouranos and Gaïa. I discovered that this is not the case: the most suitable place to witness the birth of Chronos and Time is the Salar de Uyuni, in Bolivia.

Covering an area of ​​10,500 km2 with salt, the world’s largest salt desert unites heaven and earth in Olympian calm. Its horizon is an interminable and impertubable line, producing surreal optical effects. As long as one visits the Salar during the rainy season from January to March, the saline soil becomes covered with water and transforms the immense flat area into a narcissistic mirror pushing the visitor to take as many photos as his cameras. allow. The ground becomes a divine reflection allowing all fantasies, and we hasten to immortalize our stay in this place where the world of dreams seems to invite itself into our world. 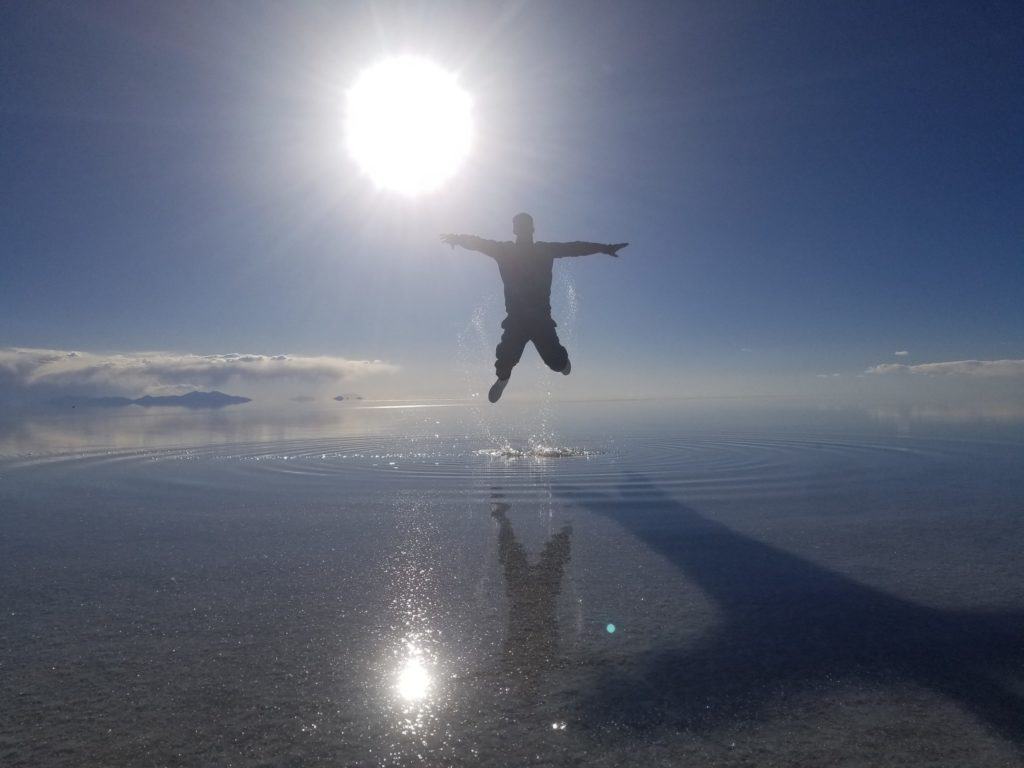 But the world of Salar may be unique, it is not immune to human appetites. It would contain a quarter of the world’s lithium resources - 1 -Source 2020: https://pubs.usgs.gov/periodicals/mcs2021/mcs2021-lithium.pdf . Any manufacturer of electronic devices, from smartphones to smart cars, requires this rare material. The stakes have been colossal since the discovery of lithium in the Salar, and after a brief halt due to the political unrest encountered by Bolivia between 2019 and 2020, surveys of international mining companies have resumed. We do not see how the massive exploitation of this resource would not have consequences on the Salar de Uyuni: despite the assurances that will certainly be given, the Ivorian salt which coats the desert risks darkening. The mayor of the city of Uyuni, Moises Cruz Santos, in charge of the city of 50,000 inhabitants living mainly from tourism which gave its name to the desert, told me during an interview that “lithium will wipe out the Salar. money is always a winner. ”

The few tens of centimeters of water that cover the ground during the rainy season will inevitably be polluted. However, just the passage of a 4×4 leaves a trail of diesel making it impossible to photograph these sets seeming to come from another world, which were used to illustrate works of fiction such as Star Wars VIII. 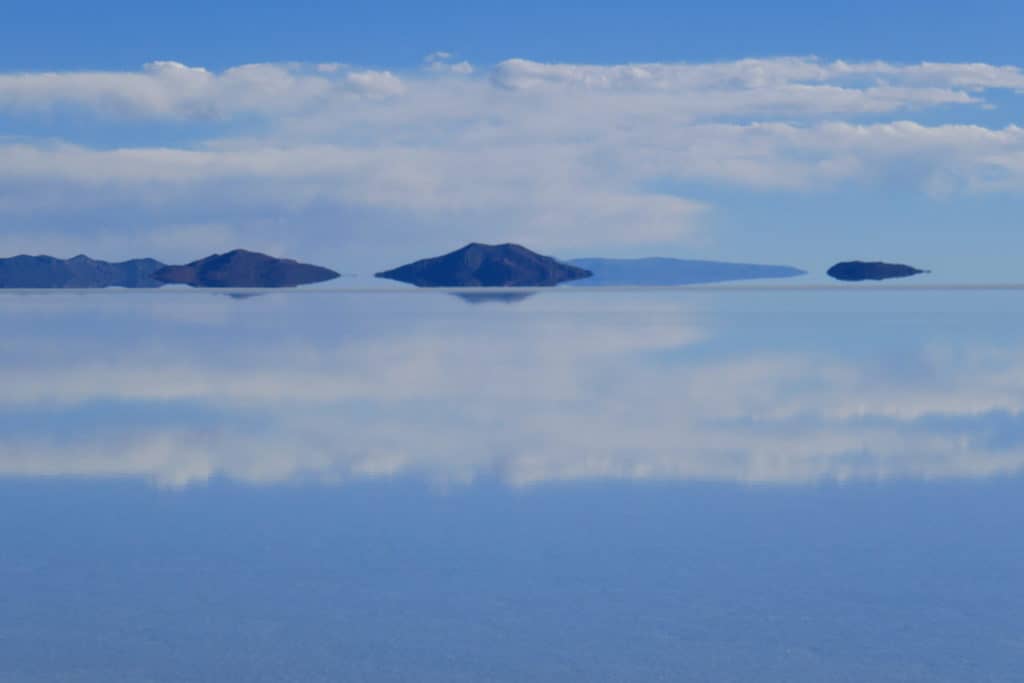 The few hundred inhabitants of Colchani, the village closest to the saline desert, live on the salt that they patiently extract during the dry season, as well as from tourism. They will certainly not go away with the arrival of the miners, they will dig for lithium instead of digging for salt. The work will be more difficult, more dangerous, but few people will care about these few Bolivian villagers. It is the lot of the poor wretches to be less important than a fairytale setting.

And tales, there are plenty in the region. Before the arrival of the telephone, some 15 years ago, many got lost in the Salar. Their ghosts would stay near the broken down cars, which the unfortunate left in the hope of finding help. In vain, the desert is hardly inhabited. Dying of cold or thirst near an undrinkable body of water, their souls would be frustrated by so much irony. The same people who share this story, however, explain that the desert protects them against Covid19; the expanse of salt only protects certain chosen ones, it must be believed.

It is also said, with less poetry, that the salt of the Salar would be eternal. It would happen again without anyone knowing how to explain it. The more daring come forward to say, in an attempt at scientific rationalization, that underground volcanoes would bring up water that would infiltrate from the Pacific Ocean. Still others describe without explaining phenomena that defy elementary chemistry: after drying salt from the Salar, bathing it in a simple glass of water, then drying it again, there would be more salt. after this second evaporation than during the first. The self-regeneration of the entire saline desert would be due to this inexplicable phenomenon. 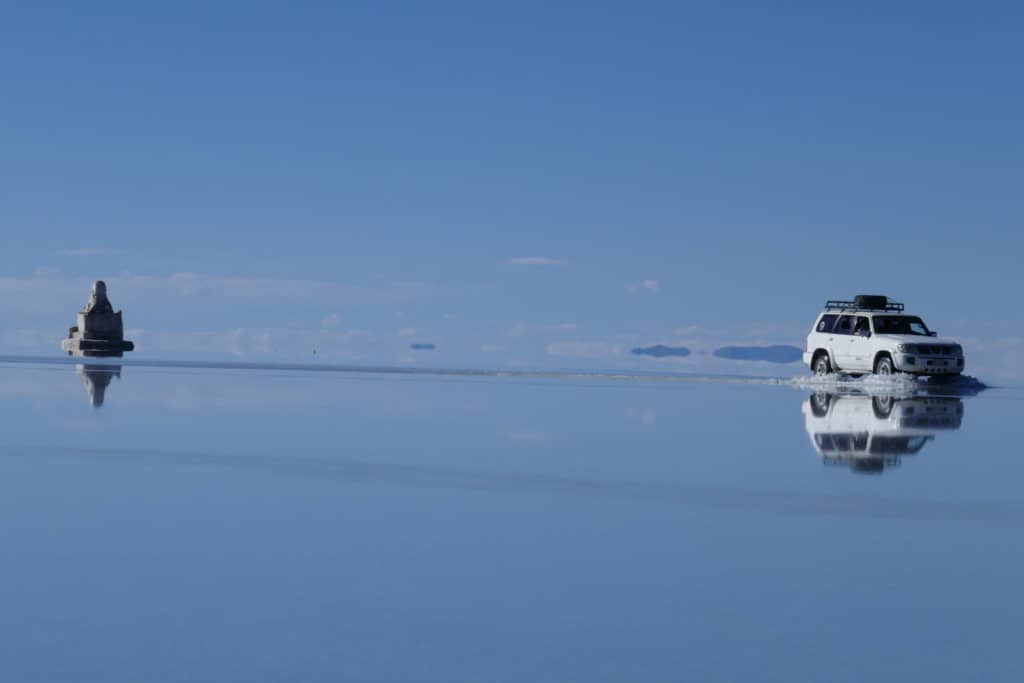 The terrestrial and celestial magic of this place risks disappearing with the exploitation of lithium. Yet it is one of the few places on this planet that allows any soul to explore paradise before the time has come to haunt wrecks for eternity. The photographs modestly pay homage to one of the great wonders of our planet. And yet, only these images will remain to us to perpetuate the memory of an enchanting, miraculous place, worthy of giving birth to gods.