Skip to content
Tags: cave paintings, Colombia, El Raudal, FARC
Western archeology is still dependent on a form of colonialist thought. For example, I take the recent Guardian article, ‘Sistine Chapel of the ancients’ rock art discovered in remote Amazon forest, picked up by newspapers around the world. The site is said to be so new “that it wouldn’t even have a name”, according to the “discoverer explorers”. The place is said to be infested “with crocodiles, snakes and by FARC guerrillas” (with which it would be necessary to negotiate), only reaching after painful marches in the Amazon jungles. What is painful is the presentation of archeology in the Western world. Either the British-Colombian team were coming out of their university office for the first time, or they knowingly lied to the Guardian. I went to Guaviare in 2019 to see these paintings: I feel like I visited a different place. I thus wish to rectify some untruths.

The discovery of the Sistine Chapel of cave paintings 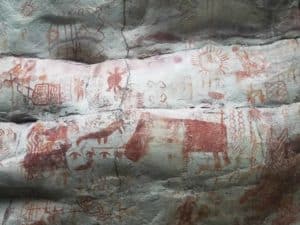 First of all, Colombian university professors have studied the place for decades. Fernando Urbina, to name but one, has spent his academic life studying rock paintings. To pretend that one has just discovered the archaeological site is undrinkable. The place is splendid, certainly, but it is known to the whole population. It was in San José del Guaviare, the capital of the Guaviare department of Colombia, that I was told how to find the place. In addition, the paintings are called the “cave paintings of El Raudal du Gaviare”, named after the hamlet (El Raudal) which is located a two hour walk from the site. The site has a name. And it is common, outside of the Western world, not to give names to places. An anonymous place does not mean that it is unknown to the local population. 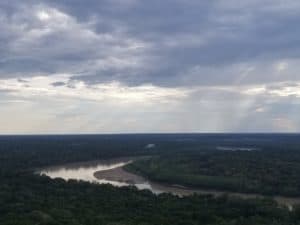 On the dangerousness of the place, if the team of researchers had gone to Guviare in 2015, before the country agreements between the Colombian government and the FARC, they would have indeed faced serious problems. Since the 2016 peace accords, the FARC have withdrawn to the center of the Guaviare department. They of course also move around the edges, if only to take out the cocaine. But unless you look for them, as I did in 2019, you don’t see them. To say that in 2019 you have to negotiate with the FARC to see these rock paintings seems hard to believe. The locals can sometimes say that the FARC are not far away, they have lived with the FARC all their life and it is not in three years that they will shed their survival reflexes. So reporting what the locals say is questionable; but to suggest that the team of researchers had to negotiate with the guerrillas … I can hardly believe that this could be true. 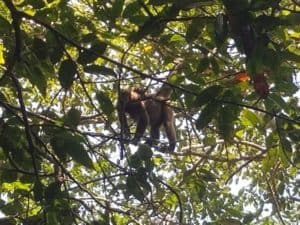 The site is actually located in the pre-Amazon, that is to say the beginning of the Amazon rainforest. But the region of Guaviare, more specifically in the Serranía la Lindosa (Lindosa mountain range), does not contain hundreds of kilometers of dense forest. We find the Amazon in all its splendor in the south of the department of Guaviare, or in the Serranía de Chiribiquette, a world made of real jungle, filled with natives who have never seen foreigners, and especially protected by the government. Colombian against the entry of tourists. It’s simple, reading the Guardian article, I thought that the research team had gone to Chiribiquette: gigantic snakes, crocodiles, a bushy jungle, two hours by boat … yes, nature can be dangerous. It is also everywhere. But despite all the beauty of El Raudal’s animal life, it hardly compares with the truly Amazonian regions of Colombia, those places where the most dangerous animals are actually insects.

You can visit the El Raudal cave paintings site without any problem. It is not dangerous. Perhaps the most sincere part of the Guardian article concerns the beauty of the paintings. They are, it must be said, exceptional. They are spread over several floors, and even over several sites. The few households where you can stay will be delighted to welcome you. You don’t make a lot of money in El Raudal, and tourists are welcome. But don’t touch those paintings that have spanned the millennia. Some local young people do it and destroy this heritage of humanity. 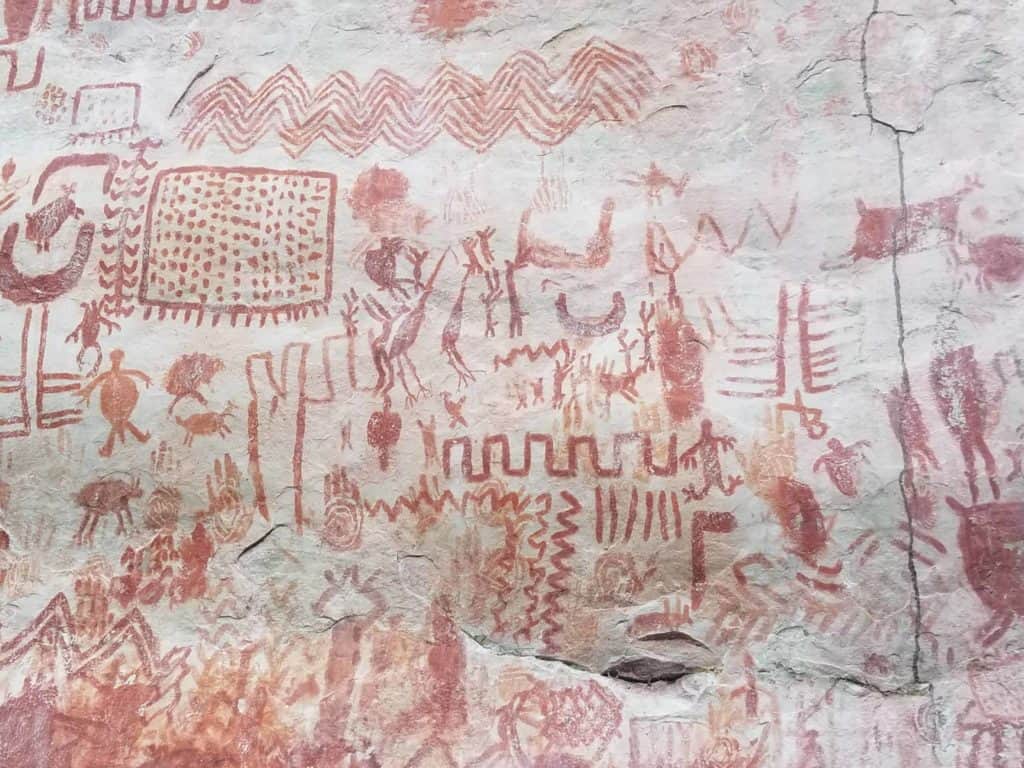