This is a response to the very deep and knowledgeable article written by Stephen Corry, The best conservationists made our environment and can save it. Stephen is the director of the formidable NGO Survival International. He has field expertise and a deep philosophical approach to indigenous people. He does not fell in the trap of the 19th century’s romanticism or 18th century’s Rousseauism. He has developed a personal philosophy on how modernity can accommodate with indigenous people, based on years of vast experience. In my opinion, he picks the good and meaningful fights, he’s a man of values and I respect him and the results he has achieved. 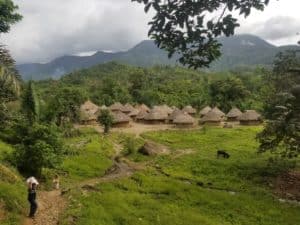 However, I disagree with Stephen’s view of the nature and the practical and philosophical consequences of his stance. My background is both in human rights (10 years) and conservancy (2 years). I have lived with various indigenous communities in Africa and Latin America. But I do not believe human beings have the responsibility to manage the nature, what he ontologically implies in this and many others articles. I will elaborate why I differ from Stephen, but I feel the need to explain a word I will be using in my response: “primitive”. I define indigenous people as “primitive” humans because that word comes from premier, and therefore means “first”. In Canada, indigenous people call themselves “First Nations” and most of the indigenous people call non-indigenous people (modern societies) as “little brothers”. Thus modern societies are “second”. For me, “primitive” denotes respect rather than the lack thereof. Indigenous people are what human societies were before living in large societies and cutting their bounds with the nature. Unless you are stuck in the Auguste Comte’s positivism, you know that humanity makes mistakes, societies disappear, and there is no straight line towards universal progress. Only a trial-error-correction process, involving many errors, where material progress does not mean happiness progress.

I mainly disagree with Stephan because we do not feel what the nature is in the same way. While he basically promotes the control the nature, I argue that nature, if controlled, is not natural anymore. The sense of beauty when contemplating the nature is not related to our impact on it, but brought by our self-extraction of the nature. We do not own the nature, it is actually the other way round. We are part of the nature, a product that life engineered. In their turns, humans have become engineers, but their products are man-made, we name them with despise “artificial”. Indigenous people understand the need for contemplation and self-extraction, at least those who have not been swallowed by the modernity, which has the specificity to be totally man-made. Artificiality alienates our inner understanding of who we are; the same way we forget our ancestors, the primitive humans, we forget the nature created all of us. We reached such a level of alienation that people pay for walking in forests, and children do not know what a fish or pig is. That frustration brings us to own always more man-made products to overcome the frustration. We are trapped in a vicious circle, as less nature implies even less nature.

Nature is natural precisely because we do not own it. As soon as we manage it (be it by agriculture for the modern men or undergrowth burning for primitive men), we change it. We disconnect from the natural chaos and random evolution of the nature. We rise above the nature and see it as a tool to satisfy our needs, just because we are more powerful. We sculpt the nature in a way that reflects and consolidates our values and philosophy. As recently argued by Hariri (Sapiens) and demonstrated since the 1960’s in constructivism, all our structures are man-made. These man-made structures have a direct impact on the nature, which is shaped by hydrologists, geologists, and… indigenous people.

Stephen gives a free pass to indigenous people to manage the nature. However, the nature does not need us. It has no purpose, no goal to achieve, it only exists per se: there is no plan or optimum to reach. Elephants have not to be managed by humans. They belong to the nature, not to humans. We are guests in an ever-evolving world, not the owners of a static world. The point is, we do not understand the natural dynamic of life. This is the core philosophy shared by all age-old indigenous philosophies, and by Heraclites: we have to restrain and limit our impact on the nature. The success of science is, and I am referring to Hariri, due to the recognition that we do not know everything. Ignorance is a fantastic weapon we should cherish more; I found a similar a philosophical pattern in all successful indigenous people’s spirituality. 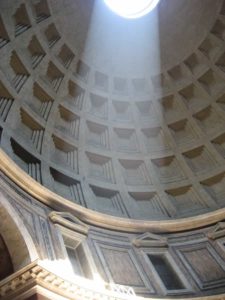 Monotheisms and sophisticated religions killed our natural hesitation; science (modern humans) and spirituality (primitive humans) brought back ignorance. If we do not know what the nature is, therefore our harm to the environment should always be limited to its most. We cannot celebrate a claimed biodiversity as engineered by indigenous people; the Bribris of Costa Rica believe that in afterlife, we will have to replace in their original position all stones thrown during our current life. The intrinsic order of the nature is beyond our knowledge, so we should be careful if manipulating it. 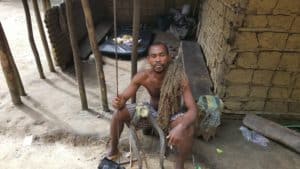 My other and central disagreement is relating to the view of wildlife. Firstly, Stephen implies that indigenous people know how to manage wildlife. They do not. They know probably better than modern societies, however primitive societies have sometimes died because of their ignorance, like the Rapa Nui. In the same vein, the Bakas in Cameroon have killed most of their elephants near Kribi (helped by poachers and traffickers to be more specific) because they have to spear-hunt every year elephants for an annual ceremony, which is deeply connected to masculinity in their beliefs. In that area of Cameroon, elephants are going extinct and Bakas do not apprehend it. They want to continue the hunting ceremonies. Indigenous people make mistakes, because they are as much ignorant as we are. Secondly, modern societies know since the 1960s that we consume more than wildlife can regenerate. It is true that we as a specie, we must care about our own kind. Indigenous people are our brothers, so they deserve respect and care from modern men. We are a clan, the human clan. But like any clan, we need resources to survive. The sixth life extinction is underway, the Anthropocene crisis accounts for 83% of wild mammals and 80% of marine mammals disappearance. The current biodiversity is a small drop of what it used to be in the past. The most pessimistic scientific scenarios argue we will not survive the calamity. As a clan, we have to force some of our rebellious clan members to change their practice. Do not get me wrong, both modern and primitive humans have to adapt. The survival of our clan needs all our elements to be aware they may face their extinction. But since we are ignorant of the dynamic within the nature, our actions should bend towards mitigating our impact on it. 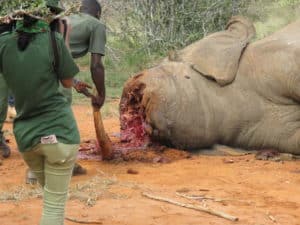 Specifically, elephants and pangolins are some of the few remaining mammals on Earth. It is an ancient Chinese practice to use pangolin scales for their traditional medicine. It is an ancient Baka practice to hunt elephants. Both traditions have to stop, both modern and primitive humans have to find new ways to fulfil their needs. Some animals are taboo to hunt in every culture or religion; let’s add these endangered species (and more) to basket of the untouchable animal. Indigenous people have faced many challenges in their history. The San people have survived thousands of years in the desert, they will not disappear because they cannot hunt a few mammals. We must prohibit hunting of Namibia’s desert elephants to both the Sans and the “Facebook white hunters”. All of them will make it. The environmental crisis requires both modern and primitive societies to adapt.

I believe we need to seek for the primitive indigenous people knowledge; we are part of the nature, if we change it there are consequences. The nature has an intrinsic value, going beyond an artificial monetary value we put on it. You cannot hunt and kill to save the nature, it just does not make sense. This is precisely the economist approach to put a price on any natural resource that brought us to the verge of the extinction. We are dying because we prioritise some species over others, because we do not know what we are doing. Ignorance has a value only if it is managed as a tool for learning. 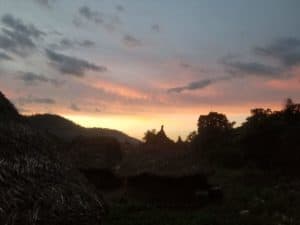 Let’s embrace our shared ignorance and limit our needs. All of us, primitive and modern human societies. If I share the view that indigenous people do know more about how to interact with the nature, they are very ignorant too. As a Kogi from the Sierra Nevada of Santa Marta of Colombia told me: “Our little brothers are a lot savvier when it comes to the physical world. But in terms of spirituality, you have much to learn”.

Has Safari Club International just made an insightful mistake on Zambia’s ban of elephant trophies ?